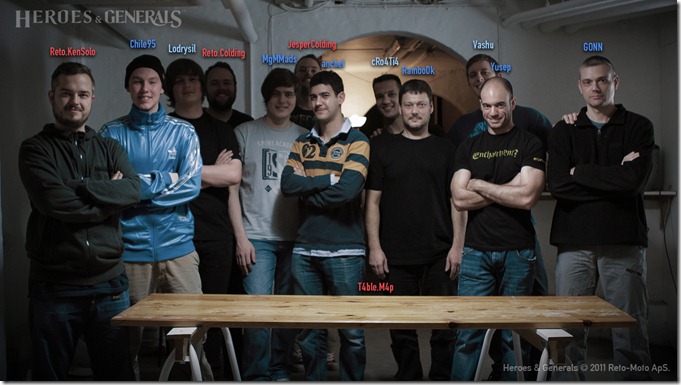 Aren’t we some awesome fellas? Now… what were we doing that day?

Does it have anything to do with the trailer for the upcoming game Heroes & Generals by Danish developer Reto-Moto? I would check out their website just in case…

I hardly ever publish a post just for one single picture, but that one really caught me off guard when my friend Morten Hansen posted it on Facebook.

To at least add something else to say to this post, I will mention that The Elder Scrolls V: Skyrim is one of the most engrossing games I have ever played. So much in fact that I am trying NOT to play it during these crucial days full of final project hand-ins.

I am happy to say that I have managed to not touch the game since Monday, November 17th, quite a feat when you consider the high addictive nature of this game.

In fact if you are even considering of buying this piece of gold, make sure that you do the following:

— Do not have a girlfriend. You will totally forget about her

— Make sure you finish all your projects before installing

— Say goodbye to your friends for the next 6 months

— Have enough food stored for those same 6 months

— Have enough money to pay for muscle rehabilitation afterwards

— Your parents know you have not been kidnapped

— You don’t have any classes with mandatory attendance

— Get a comfortable chair or sofa – you will need it

Enjoy it! You definitely won’t regret it! 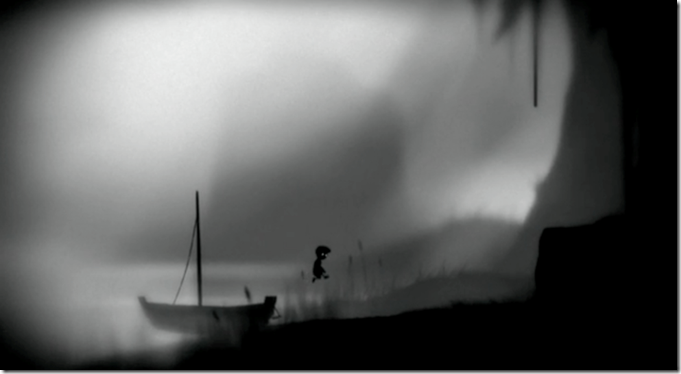 So now that I’m back from Summer camp in Frost Valley (New York), I have some time to catch up to some of the recent releases.

And first and foremost here is Playdead’s Limbo, the incredibly artsy Xbox 360 game that is now available on the Playstation Network and Steam.

So far it’s giving me a really good impression. I’ll let you all know more once I’m done with it (which might take a while since I’m spending the weekend in Jaca (Spain) for the festivals over there. 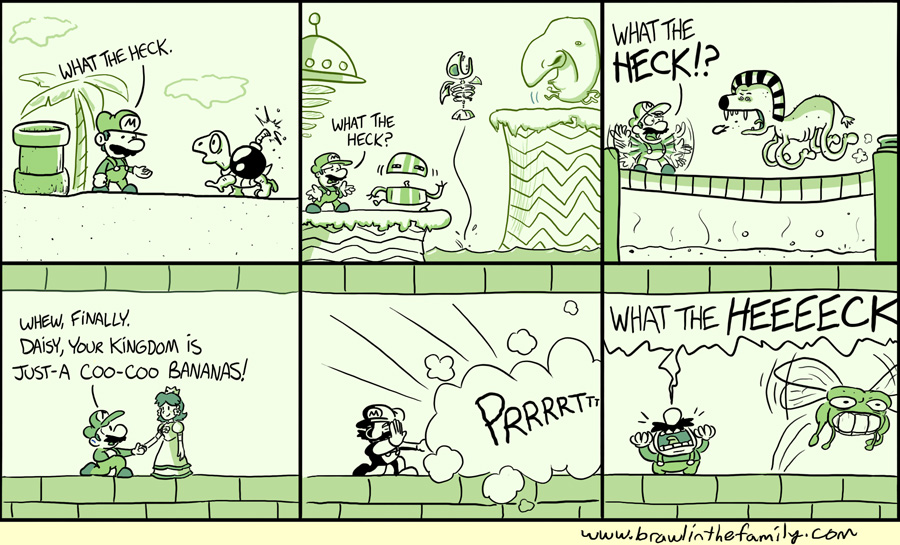 And so the first Virtual Console title for the Nintendo 3DS is starting to sell! The game is… Super Mario Land! 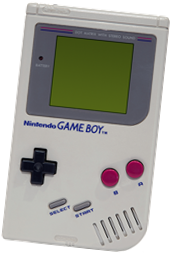 This videogame classic was the first Mario adventure on the old-school Gameboy. You know, the fat, AA battery powered, black-and-white screen (which was actually a greenish LCD) and had over a thousand accessories that ranged from having light, looking through a magnifying glass and even pumping the volume up.

But you know what? That “little” piece of videogame history was extremely successful, and with it, so was the first Super Mario Land title. I still find it funny that some friends asked me to play the tunes from this game on the piano a couple of times… It has no resemblance whatsoever to any of the Super Mario franchise music!

But then again, Super Mario Land is anything but conventional.

It still plays like a classic Mario game (unlike the weird Super Mario Bros. 2) but it’s clear that the Mario universe had not yet been established, with this being a game from 1989.

For one, Mario doesn’t go to the rescue of Princess Peach, but instead some other completely random girl named Daisy (now she has appeared in other Mario games, mostly the sport, Mario Party and Mario Kart series). Mario doesn’t shoot fireballs, instead he shoots powerballs that bounce around the screen and can collect coins. Oh, and the best known of the differences: koopa shells don’t bounce around when touched, instead they explode after a while (WHAT?). 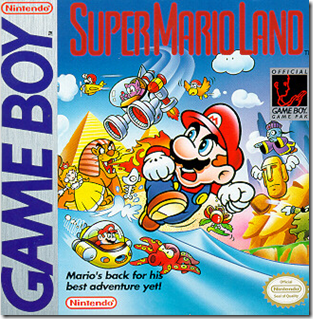 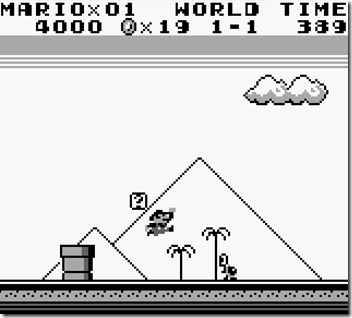 To add to the weirdness, Mario even drives a submarine and flies an airplane while he fights an alien in a spaceship!

Still, the game became incredibly successful and even nowadays is still a nice little gem, even if its controls are not as precise as other entries in the Mario series. So those of you with a Nintendo 3DS should definitely give it a go and download it from the Virtual Console.

Oh, and as a bonus here is a picture of a Gameboy full of accessories and a music video based on Super Mario Land! 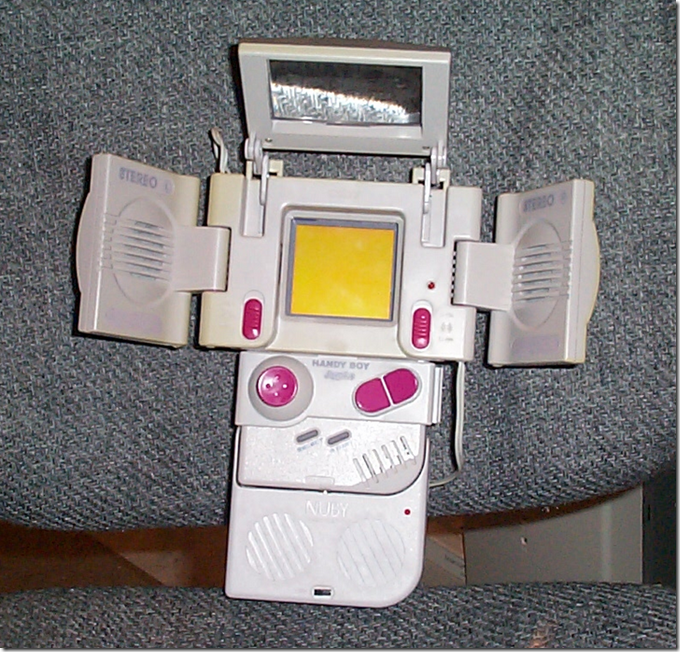 Good old Gameboy and its huge array of accessories… 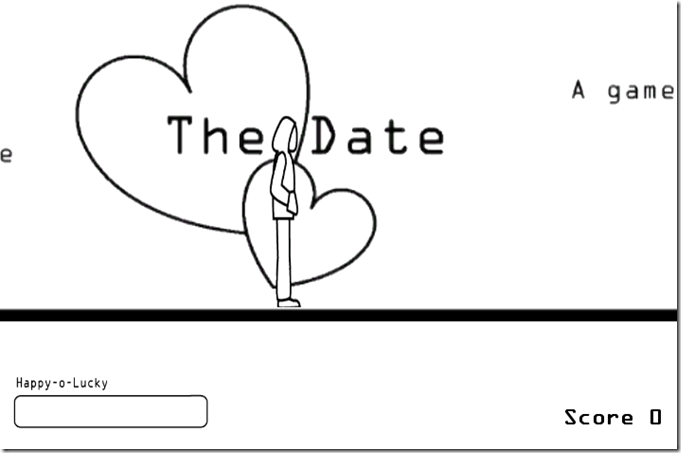 I mentioned already a few months ago that I wanted to use this blog to showcase some of the games created at my university, but so far I hadn’t posted any other than my own (even though I’ve been meaning to post one called Badass Monster forever).

So here is the first game

Well, to tell the truth it’s better if I don’t tell what this game is about.

It’s just enough to say that you play as Mark as he goes through 2 days of his life preparing for a date with a hot chick.

It’s a game created for the Persuasive and Serious Games course at the IT University of Copenhagen, as part of the Media Technology and Games master’s degree. So expect something more than just the typical “beat the game”.

Anyway, it’s better if I just let you to it, so why don’t you give the game a try? 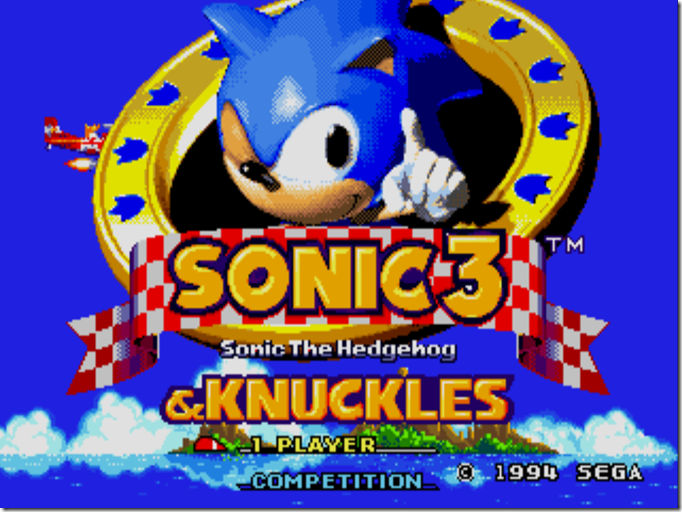 So it has happened to poor old Sonic the Hedgehog, Sega’s incredibly popular response to the always cheerful Super Mario.

The poor guy has starred in a handful of horrible games in the last 5 years, with it’s Xbox 360 and PS3 next-generation Sonic the Hedgehog (2006) reboot being the most noteworthy. Hey, even I still had faith in the blue blur until I recently tried myself that awful game. I wasn’t even able to complete the very first level!

But it hasn’t always been like that. No sir! Sonic has definitely seen better days, and in this post I would like to mention what to me is still the pinnacle of the series: Sonic 3 & Knuckles. 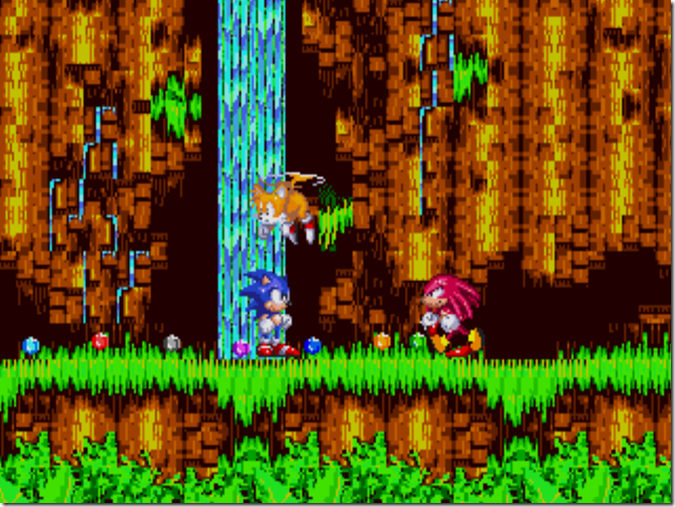 Let’s make something clear here though. This game was never sold originally as a full one, but instead was split into two cartridges for the old Sega Mega Drive (Sega Genesis in the US). The first one being Sonic the Hedgehog 3 and then the “expansion” Sonic & Knuckles. While both games could be played separately and each contained their own set of levels, owning both of them allowed the player to “lock-on”, that is, to fit the Sonic 3 cartridge inside the S&K one. This would convert both games into a single, complete game with a cohesive storyline and the added extra of playing the entire game as the ever cool Knuckles the Echidna.

What I’m reviewing here though is the recent re-release of this game on Steam (which is, by the way, top-notch and much more compelling than most of the re-releases that have been out there, with extra saving features and some neat graphic enhancements). Luckily this game already has both parts combined, and so it includes every single feature from the original.

That includes the original soundtrack in which Michael Jackson was involved. Yes, ladies and gentleman. Although not credited as such in the game, many of the game’s tunes (which are incredibly catchy, by the way) were originally conceived by deceased star Michael Jackson.

But enough about history lessons. What exactly makes Sonic 3 & Knuckles so compelling? 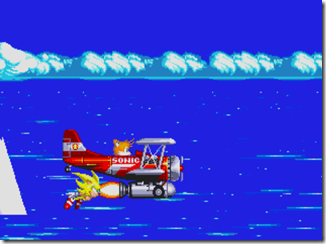 This game has some of the most amazing 2D platformers level design out there. The levels are huge, with multiple branching paths and several areas where you can run as much as you want to make Sonic blaze through the environment. Tricks and traps of all kinds hide in every corner, as well as the interesting power-ups that this game offered like the water shield, with its underwater breathing properties and bouncy nature, or the fire shield, with protected you from fire and allowed Sonic to dash in the air in a flame.

Not to mention the great feeling of discovery whenever you came across one of the giant-sized rings that transported you to the special zones, with the (back in its day) impressive 3D visuals and the blue sphere collection. These were used to collect the 7 chaos emeralds (and later on in the game the 7 super emeralds) which would in turn allow Sonic to transform into the yellow-haired Super Sonic (an cool wink to the Dragon Ball series). 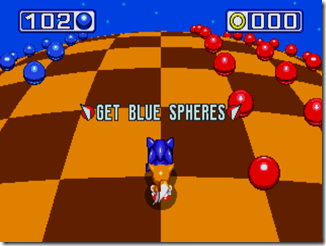 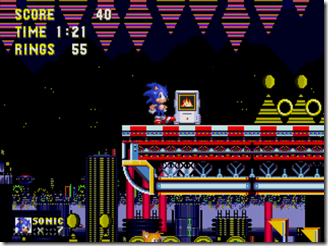 The game was made even more complete with the 2-player modes, both in the main story (with the second player controlling the two-tailed flying fox Tails) and in the competitive races. Heck, one of those competitive races levels had such a catchy tune that I couldn’t stop myself from posting a remix from jmr and the entire remix album at OCRemix.org!

Sega has kept trying again and again to bring back the old glory days from its Sonic franchise. And while some of their attempts have been really good, especially on handhelds (the Sonic Advance and Sonic Rush series come to mind), the rest have all been awful attempts. Even the much hyped return of Sonic with Sonic the Hedgehog 4 with its return to classic sidescroller hasn’t managed to retain the feeling of this masterpiece.

For all of you out there who enjoyed the Sonic games of yore, I highly recommend giving this one a try (get it on Steam, or on the Xbox Live Arcade!), and if you were never really interested into these games, I still insist that you give this one a try. Grab a friend if you can and play co-operatively!

Give Sonic a reason to stay alive.