What you see above is a picture of what Google Chrome showed the visitors of websites that linked to my site for the last couple of days. A similar warning was shown to Firefox users.

First of all, my apologies to all those whose site was affected by this problem.

Apparently my site got hacked somehow, and though everything seemed to be working normally, the truth is that some malicious code had inserted itself into my WordPress installation, resulting in almost every page attempting to redirect users to shady websites.

Google’s frequent security scans detected this and immediately blacklisted Anchel.com as a malware-affected domain, triggering warning messages on all web browsers that use Google’s blacklisting service. And not only that, but every other website that had content coming from mine would receive a similar warning as well. This affected a couple of friend’s websites (such as AloneInTheDark211 as seen in the picture above) and fellow game designer Hugo Bille for whom I’m helping out with the Spanish translation of his upcoming game.

It has taken me much longer than expected, but it seems like I have been able to (manually) take out all the injected malicious code from my web server after several scans, checking many PHP files and asking friends for help.

So, once again, sorry to all the affected people and thanks a lot to Gustav Dahl and Emil Erik Hansen for their advice! Take this as well as a word of warning to everyone out there with a WordPress site! Even if you think your website is not at risk, you’d do well to check your security settings (the WP Security Scan plugin checks for some basic mistakes your installation might have).

And now Anchel.com is back on track! 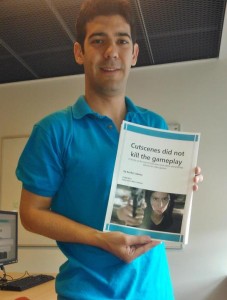 Well, it’s been a while.

I haven’t been posting many new updates on the blog lately but I’ve definitely been maintaining the Portfolio page with new content such as the No More Sweden game Super Screaming Skull Bros 2 I made with K. Shonibare-Lewis and Mattia Traverso or a list of the most important articles I wrote while I was working as a technology columnist for US-government news website Voice of America.

But the thing is that now I am officially finished with my studies at the IT University of Copenhagen and I am now a Master’s in Game Design after writing my thesis “Cutscenes did not kill the gameplay” (which I hope to make available soon on this website).

For starters, I am now working for Den Danske Filmskole, which is the National Film School of Denmark. And what does that have to do with games? A lot actually: I’m working for the program called EUCROMA, which stands for the European Cross-Media Academy.

What we do is a program for students from all over Europe where they are guided through the process of creating a cross-media production which encompasses both a short 3D animated movie and a videogame based in the same universe. I’ll keep the specifics for a later post, but for now it will suffice to say that I am one of the people organizing the entire program which will start next January.

At the same time I’m helping randomly here and there with little things that come up and I am actively participating in several Danish game institutions (I am now one of the five board members of the IGDA Denmark (International Game Developers Association).

So YES, I will be staying in Denmark for a while longer. How much longer you ask? I do not know yet, but I am not in a hurry to get back to Spain. The one thing that matters to me right now is that I have found a place where I can work for a living while I expand my skills and knowledge, putting into practice all I have learned so far during my radio, TV and film studies both at the University of Navarra (Spain) and the University of North Texas (USA) as well as my game design studies at the IT University of Copenhagen (Denmark).

I have several plans going forward from now on. Some may succeed, many may fail. But whatever the case I will be updating this website with my portfolio, my resumé and other blog posts about videogames and technology. At the same time feel welcome to subscribe to both my Twitter and Facebook feeds, which I definitely keep updated way more often than this website. 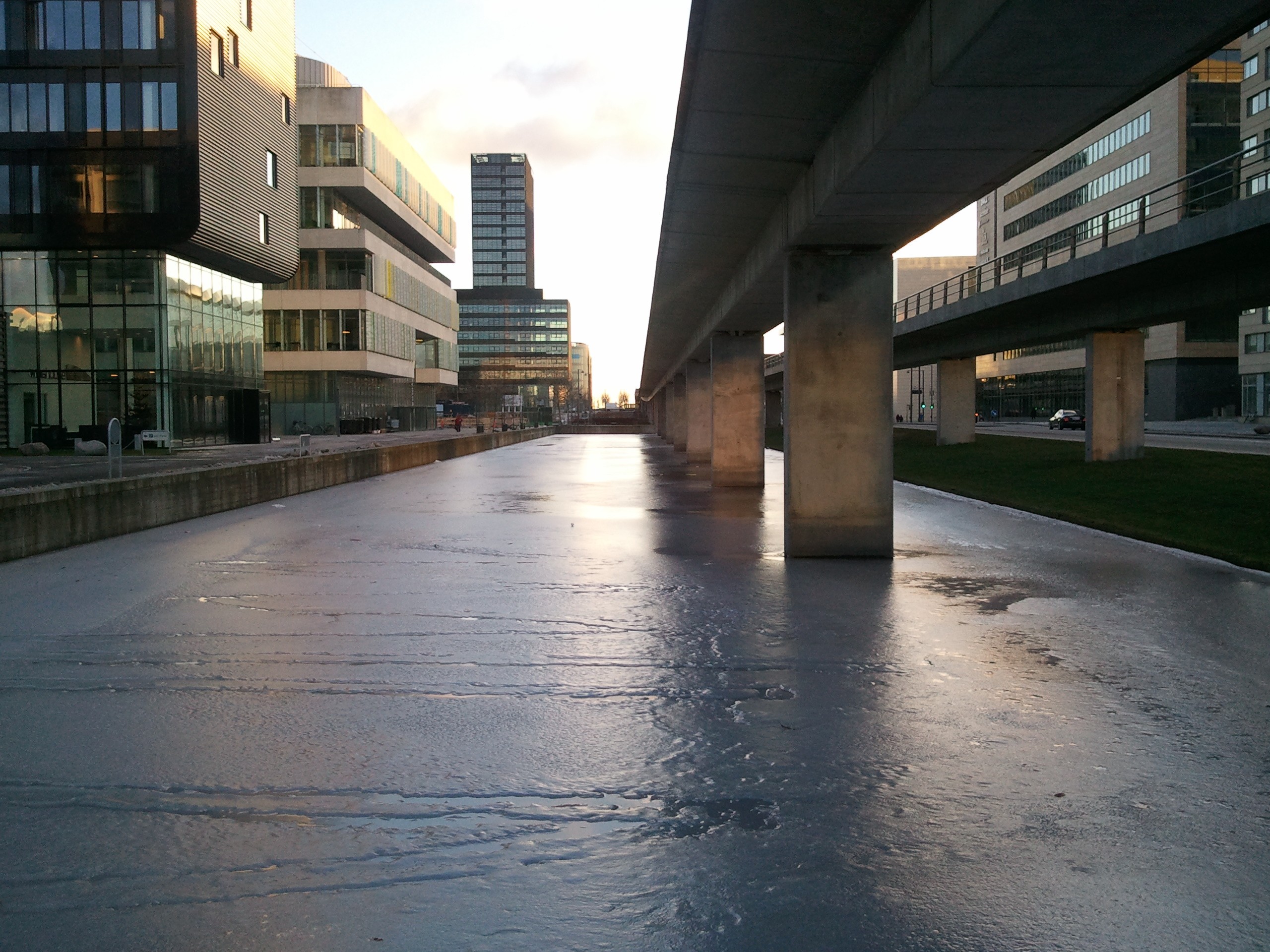 It’s been a great semester full of surprises, amazing people and fun classes. But it’s time to go back home for the Christmas break, visit the family and party with friends from Spain.

And of course, visiting my friend Sarah from Los Angeles, who has spent an entire semester studying in Madrid and travelling all across Europe!

Here’s hoping that the comeback to Copenhagen will be as great as the first!

Posted from WordPress for Windows Phone

Some of you already know how happy I am with my current phone (Samsung Omnia 7), and well, now I am even much more happy!

Starting today I have access to a new wonderful WordPress application for Windows Phone 7 that I hope will help me maintain the blog more frequently updated (something that is sorely needed).

This post is still nothing more than a test of this functionality, but later on I expect to be able to expand upon the idea of the “now playing at ITU” section through it.

What I plan on doing is to periodically add my personal comments on videogames I have been playing recently, both new and old, even some classics, with some… let’s say proffesional insights about them (taking into consideration that I do, after all, study videogame design).

Without further ado, I finish here my first post from a phone

More to come later, back in Spain for the Christmas holidays.

Posted from WordPress for Windows Phone 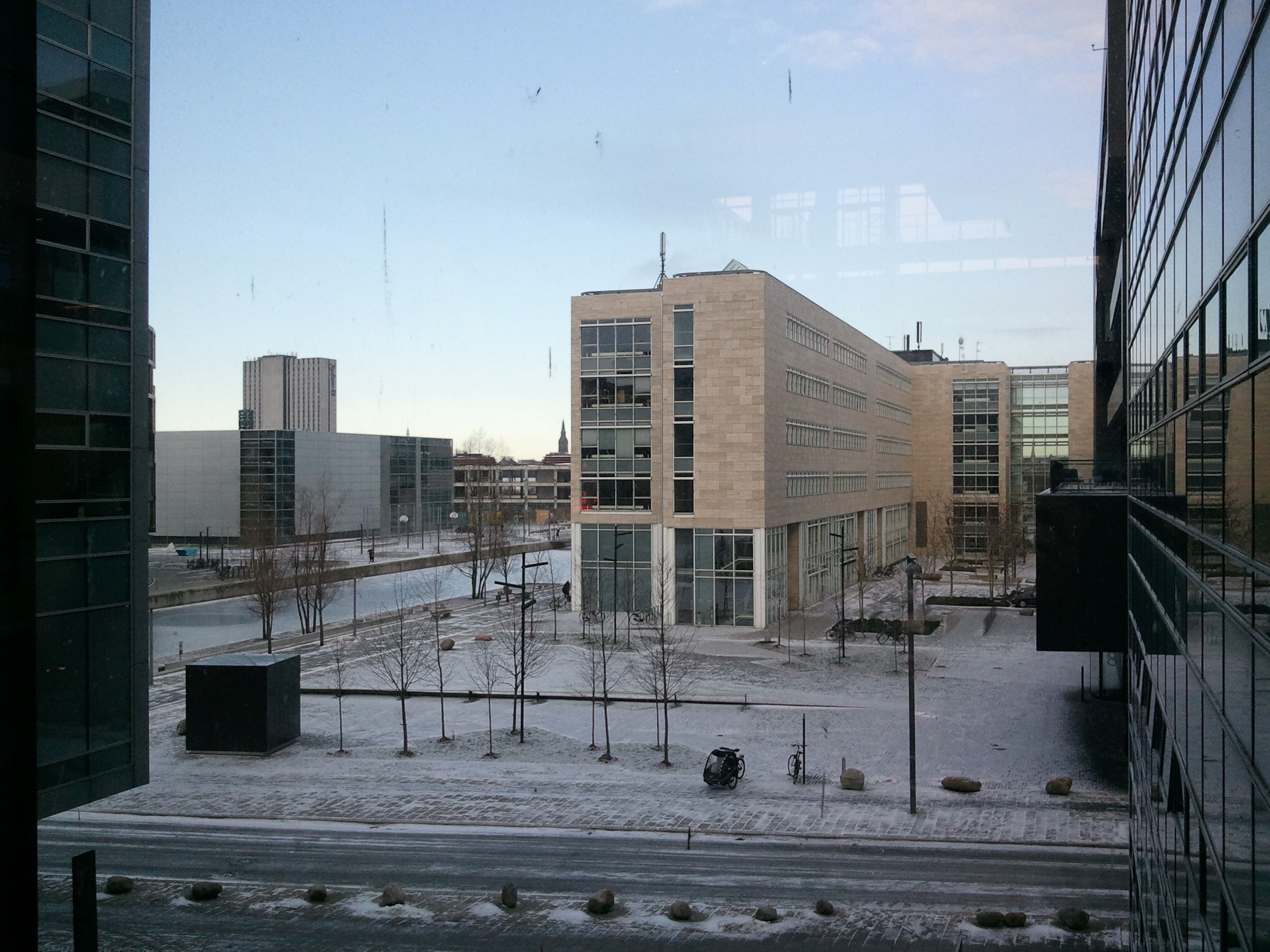 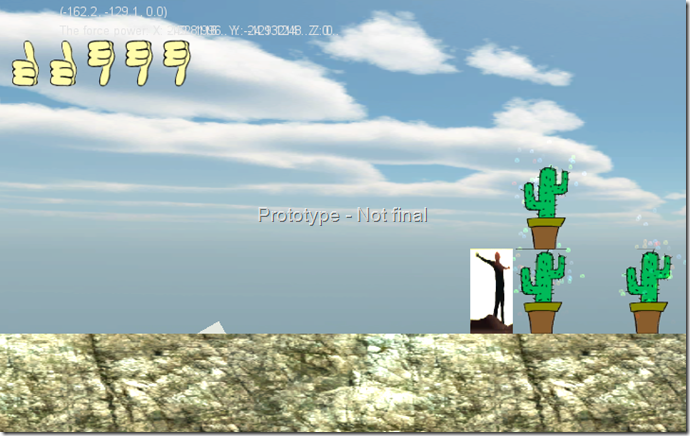 So what you see here is not yet a game. It’s a prototype.

Heck, even the graphics are not the ones to be used for the final game (except for the cacti and the thumbs-up “confidence” system).

This are the extremely early days of our group game Mr. Optimistic while we test to see if the physics system works.

So what exactly is going on here? Pretty simple, the main character (right

now it’s the black silhouette placeholder) keeps moving forward at its own pace, no matter what. The player needs to clear his path by solving puzzles and interacting with the environment. You can see how those cacti are in the way, but you can easily pick them up with the mouse and throw them away. Otherwise Mr. Optimistic will lose confidence (as shown by the thumbs-up).

It might seem easy at first, just having to pick up items and throw them away. But soon you’ll encounter levels with puzzles to solve, dogs chasing Mr. Optimistic and other non-harmful items in 7 differently themed levels.

Oh, and the game will be playable from the web, no download required!

When will this be available? On December 15th to be precise.

We still have A LOT of work ahead, but I’ll keep updating from time to time here as some sort of developer diary.

Again, don’t forget that we are learning and that out of the four people that make our group only one of us is a programmer. Oh, and that this is just a class project among other class projects!