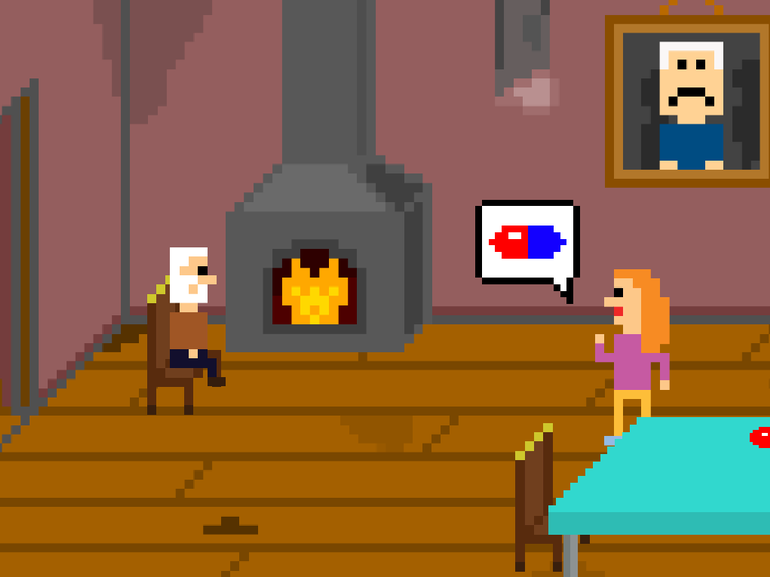 This pixel-art exploration game puts the player in the role of an old man who doesn’t like living inside his dirty house, with his children who do not treat him well.So it becomes the player’s job to get him out of the house and into Exile Game Jam! There he can finally enjoy his life relaxing with other cool people and making videogames while also having marshmallows around a campfire and playing songs on the guitar.

Use the arrow keys to move around and press Space to interact with a variety of items.

The game was made at Exile Game Jam Spring 2014 in under 48 hours. I worked on all the assets on the game on my own as my first attempt at creating and animating pixel art (the objective of the game jam was to try something you hadn’t done before). It also served as my test bed for Unity’s new 2D editing mode.

Besides some of the sound effects (the fireplace, a train and a clock chime), all sound, art and code are mine.

The game won an award at Exile Game Jam for “Most Emotional Game” for its both funny and sad story of the old man feeling imprisoned in his house.

Go to the game’s page on Unicorn 7