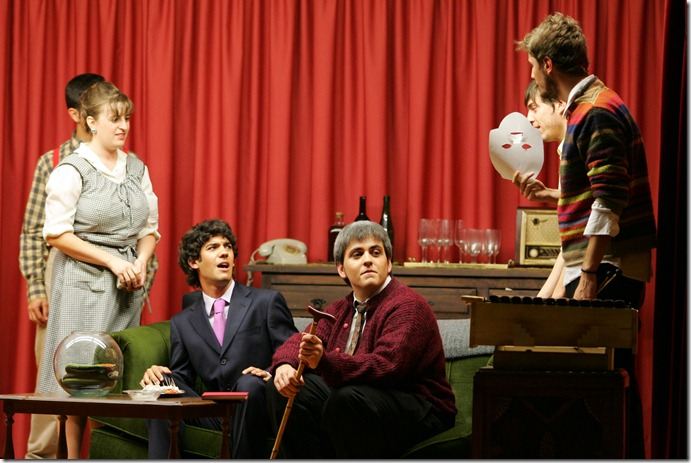 Photo of the play “Vive como quieras” (You can’t take it with you) with the Larraona Drama Club in 2007, acting as Mr. Kirby Junior, directed by Pedro Soler.

During my years spent both in high school and in university, I have always expressed a big interest in drama. Little did I know that my early beginnings in school plays was what led me into Radio, TV and Film studies, which in turn took me to Videogame Design.

In any case I am proud of the works I’ve done. They range from narrating plays and having leading roles to stand-up comedy shows and even directing a full play for the University of Navarra.

Pictures from “Una farola en el salón” (A streetlight in the living room), the play I directed in 2008 for the University of Navarra, with Marta Ingelmo in the lead role.

You can watch in the following lines both a clip from “Vive como quieras” and the monologue “Los problemas de salir con una tía buena”.