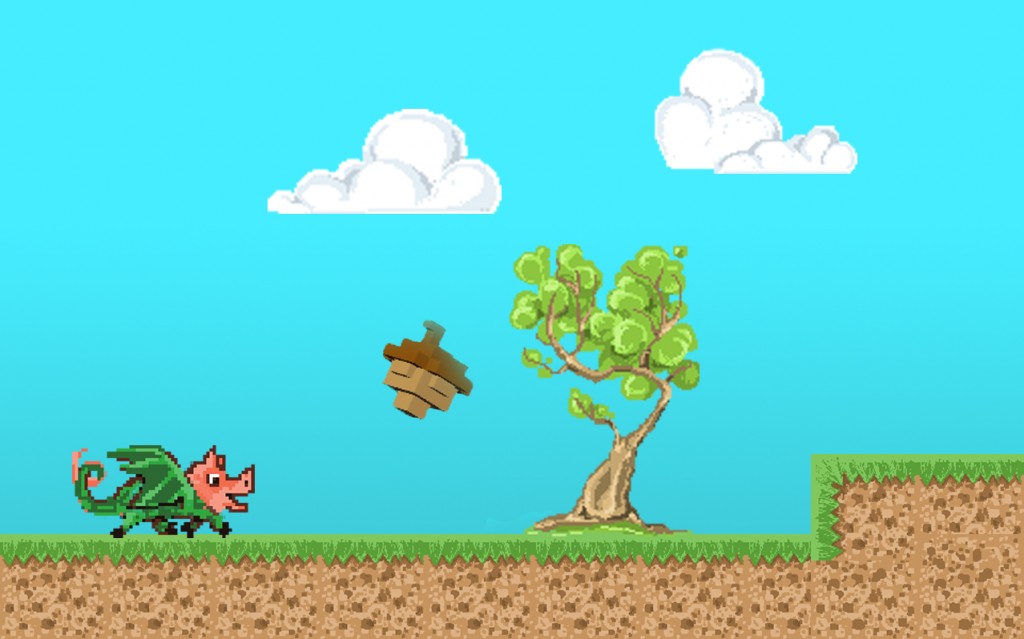 Bacon Acorn is a small, one-level game made during the Exile Game Jam May 2012. It was done in an incredibly short amount of time (less than 12 hours!) and with a very specific constraint: we had to make a game with absolutely no use of buttons.

As such Bacon Acorn is a sidescrolling mouse scroller platformer game in which you play as the Thunderdrig, a strange hybrid between a pig and a dragon.

The Thunderdrig will have to reach the castle and make it explode simply because our artist Karin wanted to see a castle exploding, but on the way he will have to collect his oh-so-tasty acorns that increase the high-score.

But there’s a catch! Since this is a no-buttons game your only means to control the Thunderdrig is by mouse gestures.

Move the mouse up to jump, down to roll and just keep doing an up-down motion repeatedly to make him fly.

You can play a web build of the game with a very short level here!