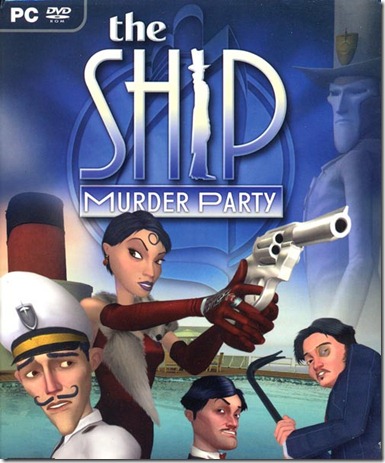 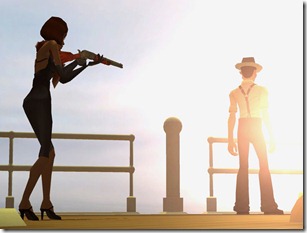 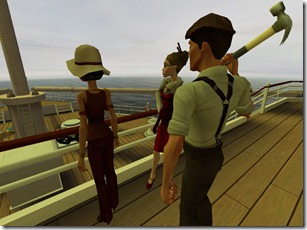 One of the things we are encouraged to do in the Game Design Master’s degree is to try out, analyze and comment different types of games. I thought it would be interesting to start a “Now Playing” section where I could comment on our game experiences.

Today in Foundations of Game and Play we were all taken to the Game Lab and were set up in pairs to try this wacky 2006 first-person shooter by developer Outerlight and distributed by Valve.

So what is this game all about? We all jumped into the multiplayer mode without really knowing the objective of the game, and so we spent a lot of time trying to figure out first of all why we had no weapons in an FPS. It took us a while to understand that the weapons are more or less conventional items that you would find in a boat (which is, of course, the stage for this game). And after we acquired a weapon (in this case an emergency axe), we were wondering why we were thrown to jail for having one.

“Alright, let’s take some time to understand this thing”, we said.

Apparently this is not your run-of-the-mill FPS where you go and shoot out anything that moves. Instead, each player is given a quarry, a person you have to kill. All you know is his or her name and the latest place seen in. So off you go, wandering around the ship, talking to different people (who were, of course, other ITU students playing the game) to get their names. Once you find the person you were looking for, you get their face portrait in your “quarry” icon, so you can easily recognize them later on. 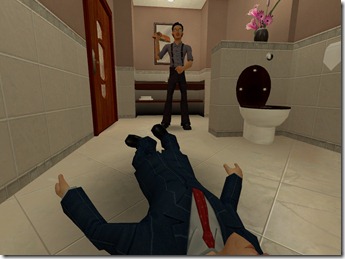 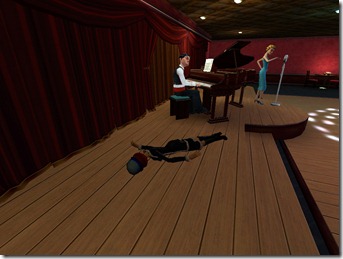 Now you just have to kill that person, right? Well, wrong! There are security cameras and guards all over the place, and if you are seen carrying a weapon (even if it is a frying pan, we tested that) you will be taken to jail for about 30 seconds and stripped out of every weapon you had. How do you kill then? You’ll have to wait until your quarry walks into a room or corridor with no surveillance. And of course there is also someone out there trying to kill you, so you have to be careful at the same time.

The idea sounds good, it should make for a very interesting and fun game!

But the truth is, it doesn’t.

Most of the time you are just randomly looking at the “last known position” of your quarry and not paying attention to anything around you, except for when you are looking for a weapon. And to make things worse there is this (pardon the pun) unnecessary needs system. Basically your character gets hungry, thirsty, tired and bored as time moves on, so you will need to eat, drink, sleep, read a book… or even go to the bathroom. But so far the only thing that seemed to affect the game at all was the sleep part. If you were too tired you wouldn’t be able to run or jump until you slept or took an energy drink (you can buy those at vending machines in exchange for some of the money you get for killing someone). That means you can simply play the game and forget about your character’s needs. After all they are more an annoyance than anything else.

And besides that, most of the time your quarry will be moving around areas that are under surveillance. In fact the only moment when you really need to move out of those areas is when you have to kill someone. So most of the time you will just end up being thrown to jail and having to wait for 30 seconds. A stupid decision, seeing how each “round” lasted for very little time. Now, I’m sure you could probably change those settings, but for the first time playing it was just frustrating.

Not a very recommended game. Sure, it served its purpose for our class (we had to analyze a few elements), but ultimately the game feels like a missed opportunity for a gameplay idea that sounded really cool.