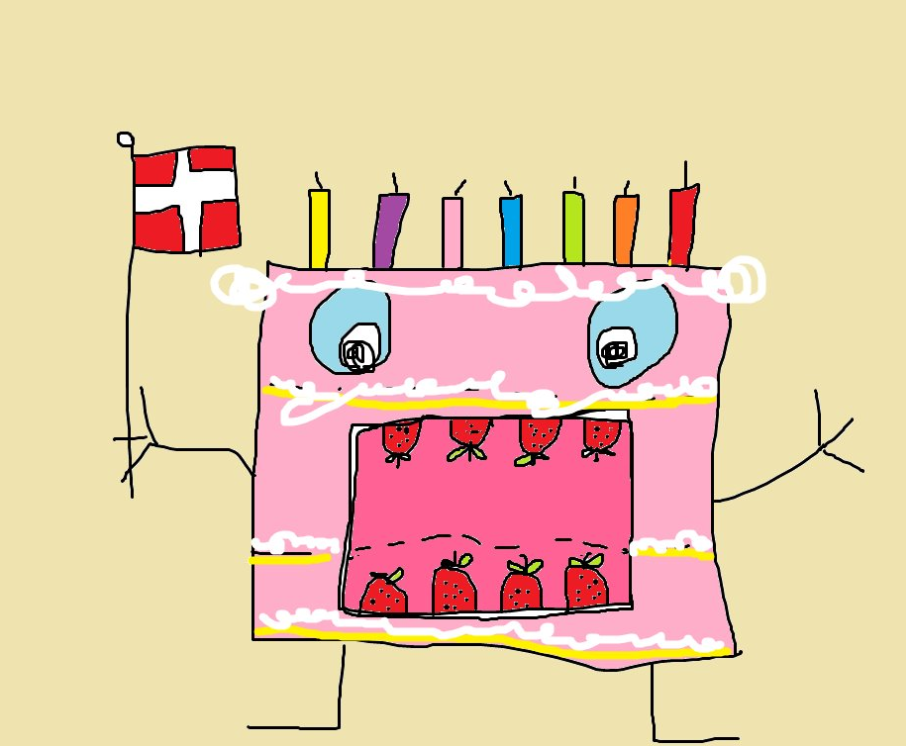 It all started with a cake by Tim Garbos in Corinne’s Facebook wall for her birthday (as seen above).

And what started as an innocent little monster cake with a Danish flag became a series of back-and-forths between some of us to out-do the other. A real cake war! 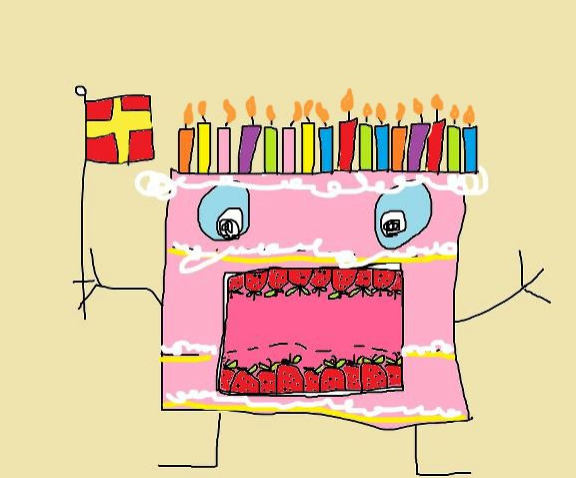 This upgrade didn’t go unnoticed, and soon after Kristín posted on Corinne’s Facebook wall yet another improvement!

This new sexier version of the cake was now up to Cakemonster 6.8 (Woah! These numbers go up fast!) and according to the official changelog it included: 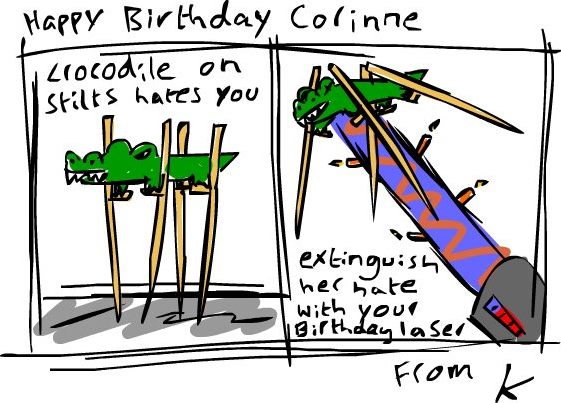 Then Kayode (feels so weird to call him like that now when we all name him K.) allowed us to take a break from monster cakes and gave Corinne a different kind of drawing. Birthday laser included.

But alas, it didn’t take too long before the Cakemonster evolved even more! Now it went up to a more stable-looking version 7, courtesy of Freyr! 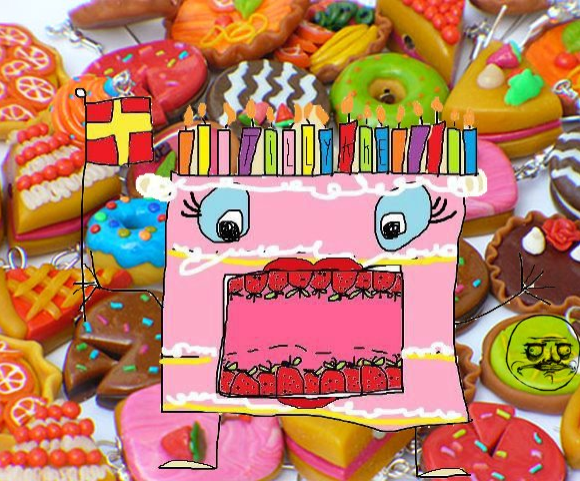 This version’s biggest upgrade was obvious: the Cakemonster was now together with its extended family! (With a lovely meme in the background). 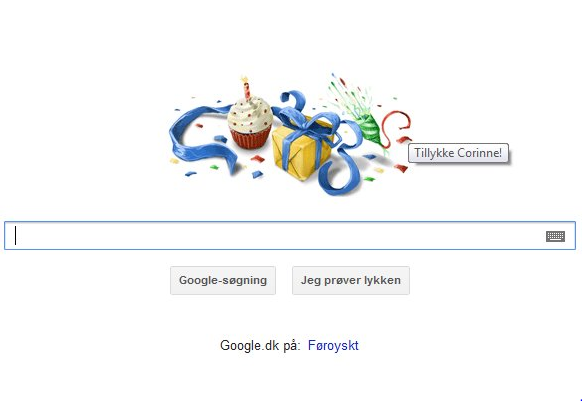 At this point even Google joined the cake party!

Meanwhile I was deciding how to add my two cents for Corinne’s birthday, and seeing how I was in the 3D Game Art course at that moment it just felt right to take the cake to the third dimension! 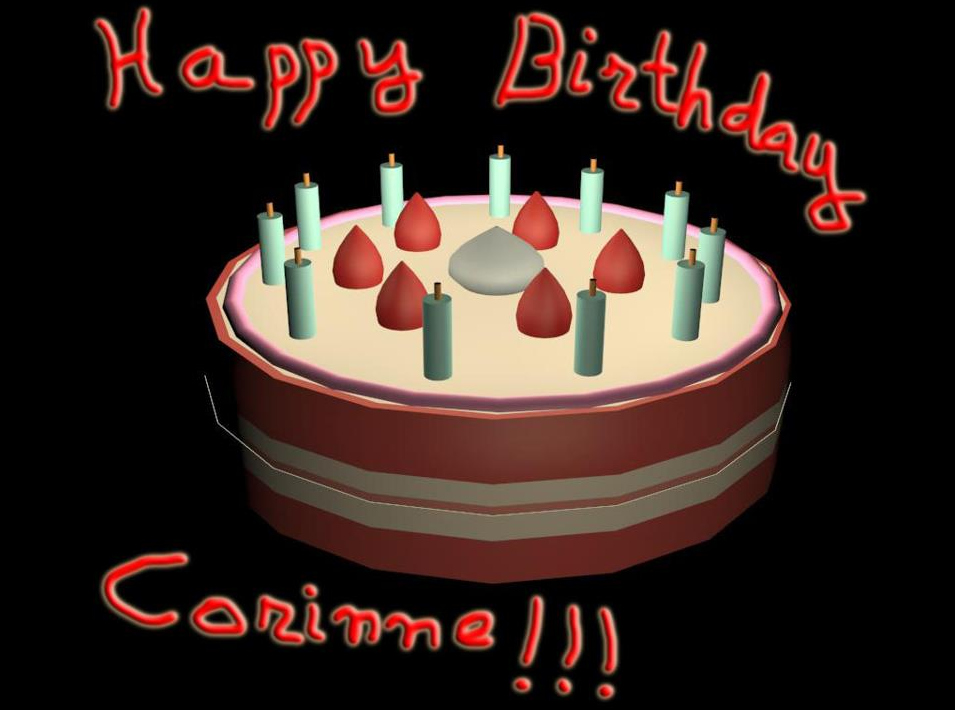 Apparently the one who started this entire cake trend, Tim himself, felt up to the challenge. After all my cake was in 3D, sure, but it was not our dearly beloved Cakemonster! So here came the new 3D rendition of it by Tim! 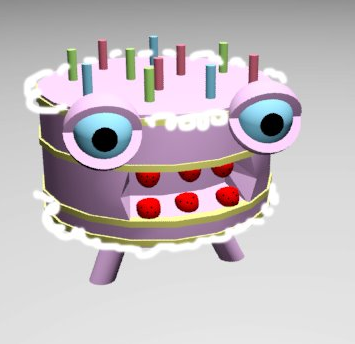 Taking it personally (I mean, come on, Tim did publicly state that his cake was meant to beat mine!) I declared the Cake Wars and quickly returned this personal attack with the following picture with my cake angry and ready to cut the Cakemonster (9.3? I lost count of the version number already!) in pieces: 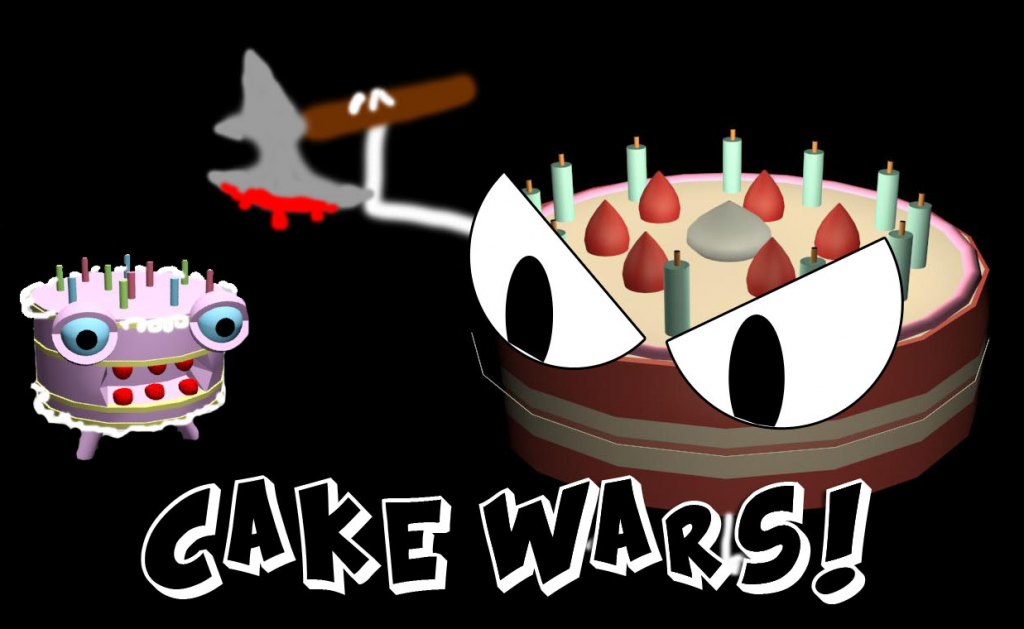 But it seems like you cannot simply take it against Tim’s cake and leave unscathed… His next move took it yet one step further! The Cakemonster could now move and do a backflip! Or a sideflip… Or… well, something that ends with lots of colorful lines! It lacked the several improvements made during the day, but hey! It jumps! And that’s awesome, right?

Ok, so he’s made the Cakemonster animated? Alright! I’ll take it on! I’ll make it interactive!

After all we’re Game Designers in here, so why not quickly learn how to do a simple First Person Shooter with the Cakemonster? 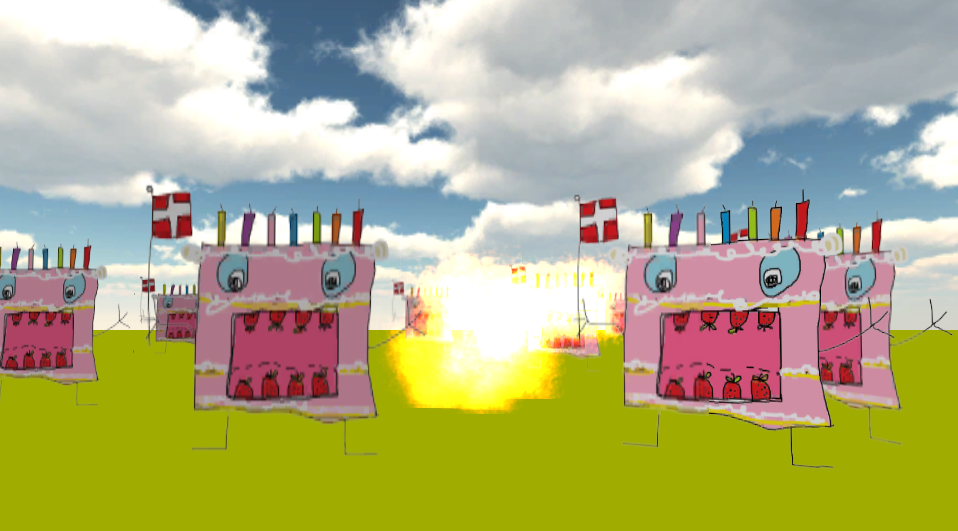 Of course a picture just doesn’t show the full thing, so why not give the game a try? It’s available here and it only needs the Unity Web Plugin to play!

At this point Tim had made me think that he was giving up and would not take it further (LIAR!), so I happily sat down… until an unexpected challenger raised up! 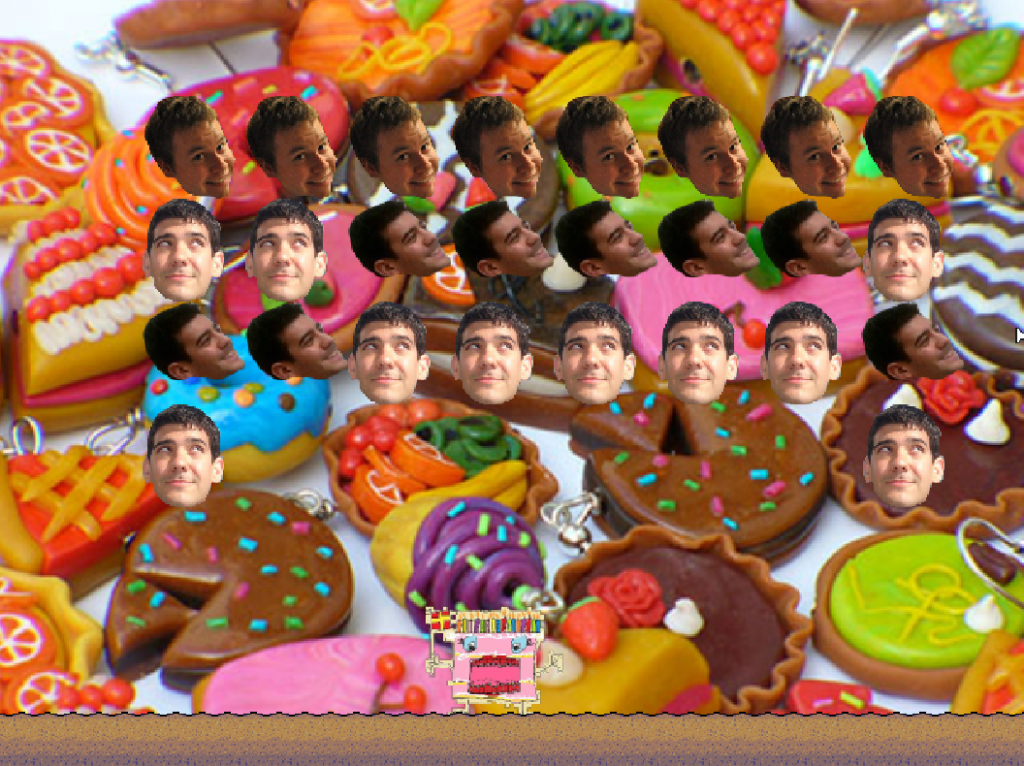 The duo of Samuel and Kayode surprisingly made this flash game based on Space Invaders, with with the Cakemonster (this time once again in its latest version) attacking… both Tim and me. Oh noes! Nice touch with the custom-made music, by the way! Of course you can also play it yourself here!

Were these two the winners of the Cake Wars? Up to now Corinne had received more than enough cakes and Cakemonsters to make this for her most delicious birthday yet.

But NO! That was definitely not the end of it! While I couldn’t stop laughing at the second Cake Wars game, Tim had inadvertently created something that could easily surpassed any digital cake! He made a REAL cake in just under 30 minutes! 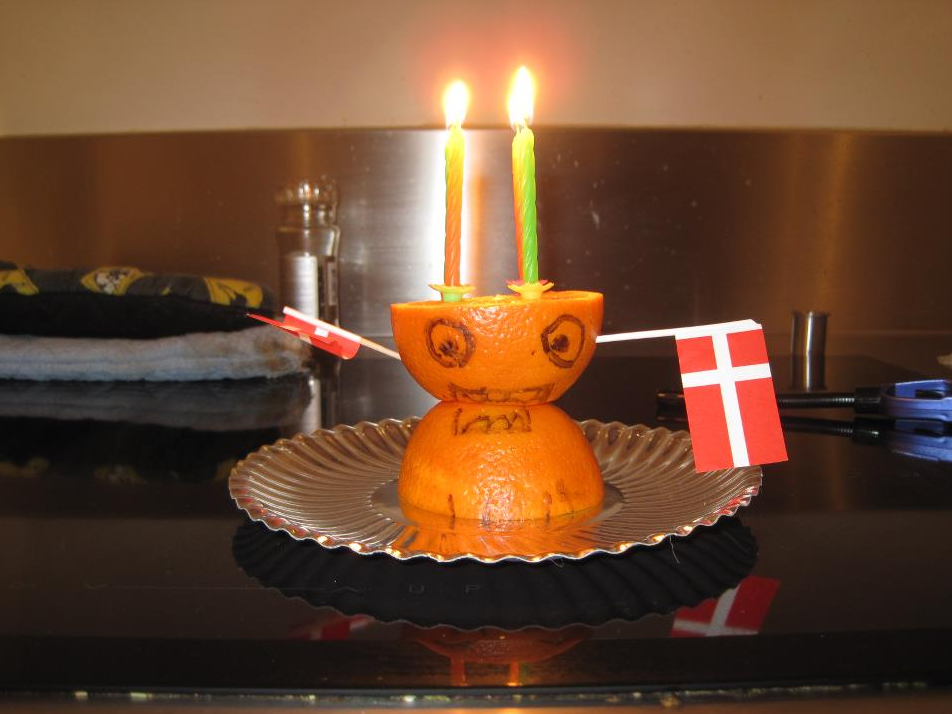 Sure, it’s made out of an orange. But it’s still a cake with two candles! And two Danish flags! And it’s still a Cakemonster (11.7?).

That last sneaky move was performed 5 minutes before midnight, thus officially closing Corinne’s birthday. I gave up, I couldn’t reply on time and Tim Garbos won this Cake Wars.