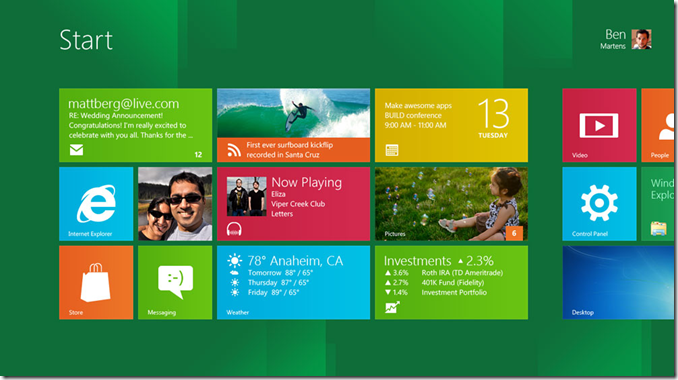 But what is important here is all that has finally been shown off about Windows 8. And while I still have to try the Developer’s Preview that will be released tomorrow for us Europeans, I do hold my doubts about how easy to use this is going to be with a mouse and keyboard.

As a tablet experience however this seems to be the next big thing. A full-on desktop-class OS on a tiny form factor, optimized for touch and without any of the nuances of the old desktop configurations. It’s beautiful, it’s zippy and it seems like a piece of cake to code applications for. And that is one huge step forward for Microsoft, who until now didn’t have a real tablet strategy to strike back in this so-called post-PC era.

My best compliments to Steven Sinofsky for what he has been able to pull off today, even if he looked nervous like a mouse with a squeaky voice during the first half of the presentation, and as excited as a schoolgirl with a crush during the second half.

But again, I want to see how well this works on a traditional PC. They did show some of this during the conference, but I still don’t buy it. I need to try it myself.

In any case, it’s time to start writing my first impressions on Windows 8 for my weekly Tecnomanía column for VOANoticias.