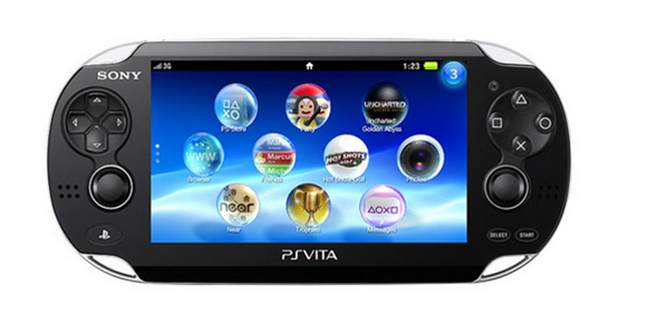 Ever since the Nintendo 3DS came out I’ve been reading one article after another that claim this is the end of portable gaming on consoles. The latest one coming from Forbes finally made me voice my opinion on my blog.

Sure, some will say that with me owning a Nintendo 3DS I would obviously step up in its defense. But I’ve also been predicting the catastrophe that would be the Playstation Vita for a year now. And I’ve also been a big advocate of mobile phone gaming for several years, even as far back as 2003, when most of my friends insisted that it just “wasn’t cool to play mobile phone games” because games were just crappy on them.

Now though analysts say that mobile phone games are the future, quoting again and again the tremendous sales numbers of titles like Angry Birds or the high quality of games like Infinity Blade. How can the Nintendo 3DS and Playstation Vita compete in this generation full of freemium and $0,99 mobile phone games?

When the 3DS started selling worse than expected (which was mostly due to its high price and lack of hit games) everyone soon jumped into the “portable gaming is dead!!” bandwagon. Then PS Vita sales in Japan surfaced, which were much, much worse than the 3DS ones, and now everyone calls portable consoles dead.

But now take a look at the current 3DS sales less than a year after it came out. The little 3D console has already surpassed sales of the original Nintendo DS and those of the extremely successful Nintendo Wii in the same timeframe, becoming Japan’s fastest selling console ever.

Many though will still explain that cell phones have evolved to a point in which they can offer high-quality gaming experiences with outstanding graphics and sound as well as exceptional online interactivity. With all those features packed in a phone, who would want yet another separate gadget used exclusively to play videogames?

Well, I don’t know about you, but while I love the fact that I can play a Halo-esque game like N.O.V.A. 2 on a phone, that is something that I wouldn’t do for long periods of time. It’s something I’d rather keep for the casual moment when I’m bored and I want to beat a level or two, not any serious gaming. 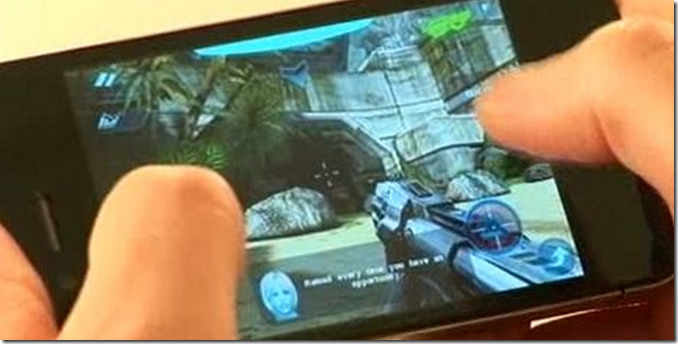 Sure, you can do this, but if you’re gonna tell me that it’s better than traditional controls you need a brain-check.

I mean, look at those controls! They have seriously improved over the years, sure, but do you really intend on playing such a highly-competitive and precision-based genre like first person shooters with touch-controls for the rest of your life?

And how about platformers? I’ve been playing Crash Bandicoot on the Sony Tablet S recently, and though it was a really fun experience and pretty much worth it, the controls were awful. They got the job done, alright, but I didn’t receive any tactile feedback of where the X button was for jumping, and my fingers kept pressing the wrong area of the screen in the heat of the moment. Of course you end up getting used to it, but you will also get used to working on an old computer with Windows 98 if you get down to it and I seriously doubt it is something that you would like to do for a long time if you have a choice.

The thing with dedicated gaming devices is precisely that: they were thought to be used from their very first moment for playing games in the most comfortable possible way with as much degree of precision as possible for the form factor.

Just because one device can suddenly do many tasks that were usually relegated to specific gadgets doesn’t mean the combined one is the better. Take a look at digital cameras for example: mobile phones have replaced many point-and-shoot cameras nowadays, but that those who want to get the most out of their pictures will still use a high-quality reflex camera. Cell phones are quickly evolving with better and better camera lenses, but high-end cameras are doing that as well, not standing still waiting to be surpassed. Of course one market could catch up to the other someday. 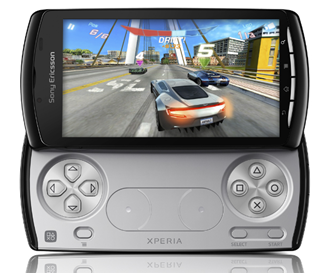 Android phones now also have the possibility of connecting to a bluetooth gamepad for high-quality gaming. But doesn’t that defeat the point of getting a device that has it all in one?

Of course I’m not saying that handheld consoles are not going to be affected by mobile phone gaming at all.

It’s a matter of fact that someone looking to buy a new gadget he can play games with will also consider buying a smartphone over a 3DS or the PS Vita. But that is usually going to be the kind of user who will probably buy casual games on either system and only very occasionally dive into something deeper.

And a few hardcore gamers who already own a TV console might also pass on the new generation of handhelds to stick with his trusty smartphone where he can get his hardcore gaming fix on the go.

But that is one far cry from the death of handheld consoles that is being heralded everywhere.

Besides, both Nintendo and Sony are taking huge leaps into improving the way their consoles work by adding new features and services with a play-focused mind that make new content stand out, like a unified online friends network or quality games online stores. Not to mention all the game franchises that will stay on consoles for at least a few more years like Super Mario, Pokémon, Uncharted…

Am I saying handheld consoles will never die? Not at all. But what I’m saying is that their death is nowhere close yet. At least not in the next five years, provided that both Sony and Nintendo are able to bring new high-quality games to the equation.

And when that death finally happens, smartphones will also have evolved. Probably even divided themselves more into different categories for different audiences (iPhone’s one size fits all cannot work forever). So by then mobile gaming will also be a totally different landscape.

One that I dare not guess what it will be like yet.