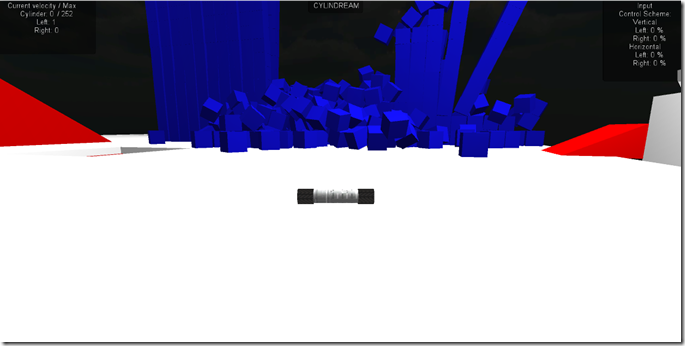 I just realized that in all the time I have been working in my Game Development project I still haven’t posted more than one single entry in the blog!

Well, to make up for that, I’m going to post some info about our game, tentatively called Cylindream.

The game is still very early in its prototype stage, but already some people have been able to test it out in order to help us refine the controls.

You should note that the areas shown here are not actual levels, but simply playtesting grounds to try out the control schemes and basic features.

Also of importance is the fact that the player controls each wheel of the cylinder separately with an Xbox 360 controller, adding to the challenge.

Graphics are, of course, absolutely non-final, and just mere placeholders for the moment.

In any case, here is a video of the prototype in action!