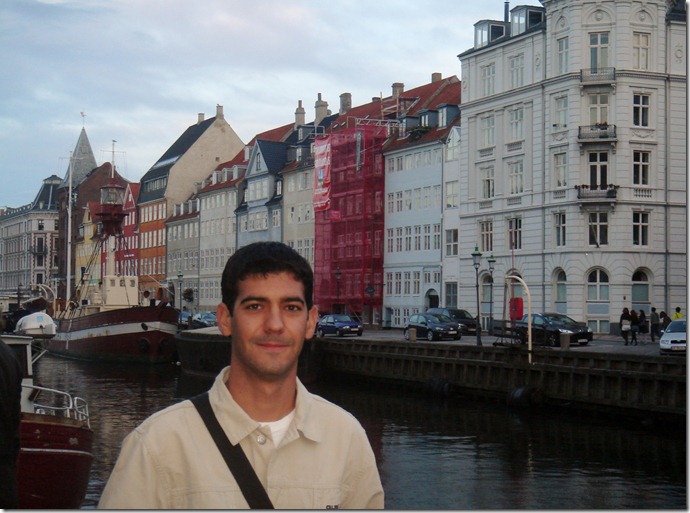 About a week ago I first set my foot in Copenhagen, and it was quite an experience! Everything from the beautiful city to the incredible IT University (just the building itself is a sight) have impressed all of the international students studying here this semester.

Of course there’s the matter of the weather not being as good as we would have hoped to, but then again this is Denmark. What can you expect? 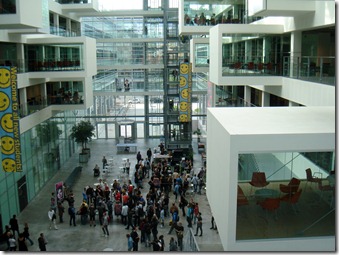 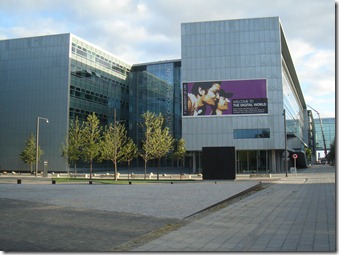 What you see here is the IT University of Copenhagen during the very first introduction day (we had an entire week of introductions). Very modern building and with a digital feel to it, with IP addresses flashing on the higher walls and lots of square angles everywhere. But of course sometimes you want to leave the digital world and go back to something a little bit more retro. That’s where the Analog bar comes in: 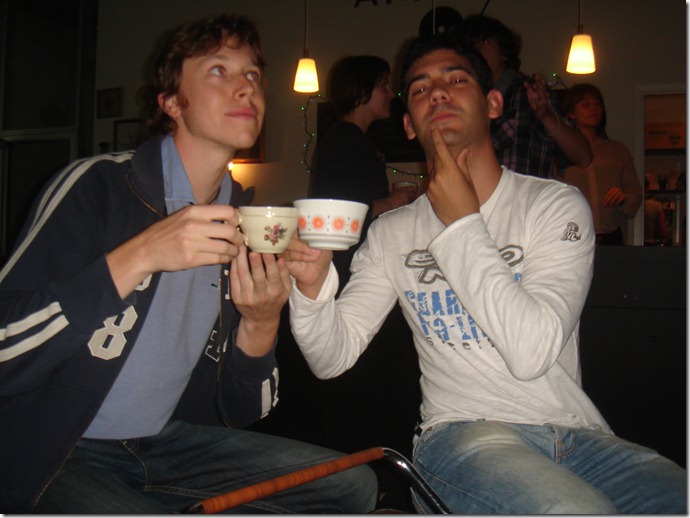 The bar is called Analog for a reason. All of the furniture has an old style to it, most of it lent by former university students who wanted to contribute with the decoration. Old magazines on the walls, an old vinyl playing in the background, old style coffee mugs… It all adds to the feeling of leaving the digital world of the ITU to travel to a different era. By the way, the guy next to me in the picture is Giuseppe, a cool Italian guy who will be taking the same courses as me for the next two years, both of us in the Media Technology and Games Design Master’s Degree.

But you see, what I still can’t quite get used to is the university having a night bar inside the very same building where we take classes. Sure, many schools will have their own cafeterias, but this is different. 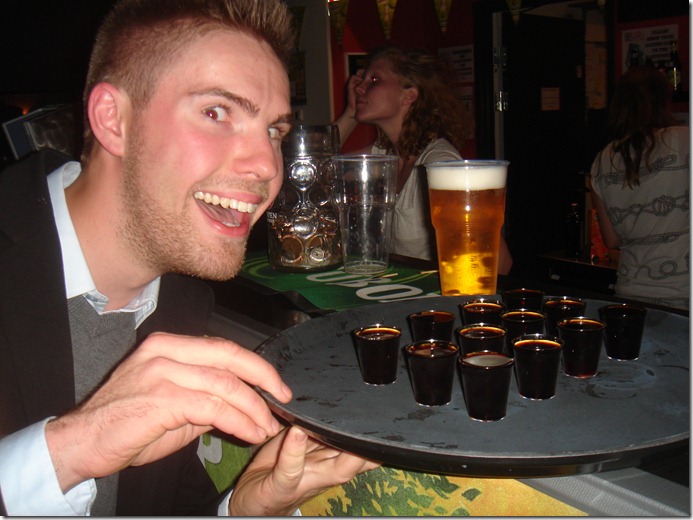 What you see in the picture are Jägermeister shots, being sold at the university at about 1:30 AM, with the vice-dean drinking a beer not too far away and some of the waiters dancing on the bar. I understand that Nordic countries have a different culture when it comes to drinks and that they are much more open than, say, the United States about it, but it still comes as a shock to me. 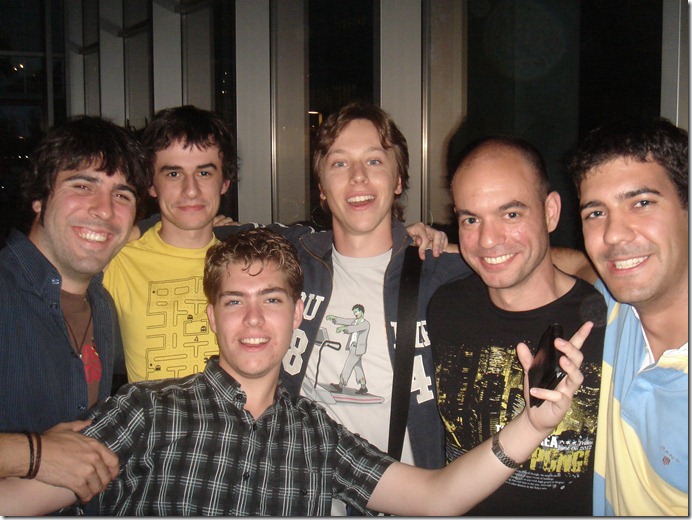 But you know, who’s to complain about it? After all when you finish your last class of the week a Friday and it’s could out there, it feels nice to have a close place to go to for a drink or two with your friends. 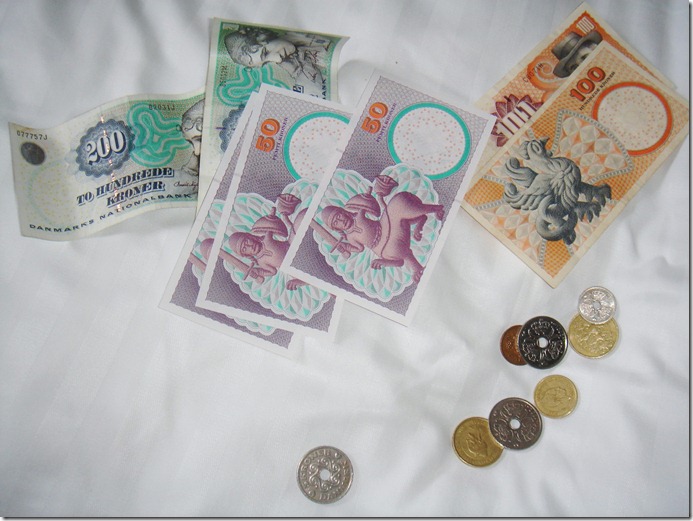 Mind you though, it takes time to get used to the local coin, the Danish Kroner. At first you may think that is a lot of money in the picture, but take into account that 10 kroner is about 1.3 euros. And yet they have kroner cents, which makes me wonder who the heck uses those. But if I’m to live here for two years I’d better get used to it soon. 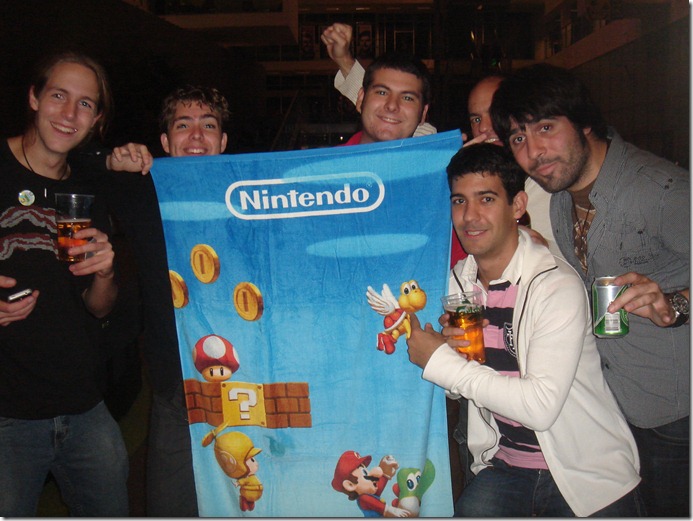 Oh and by the way, some of you may be wondering why am I all of a sudden writing this post in English when the entire blog itself is in Spanish. Just think of it as a possible change of direction for the blog. I’m still deciding, so it all depends on who the final audience is going to be in the short-term.